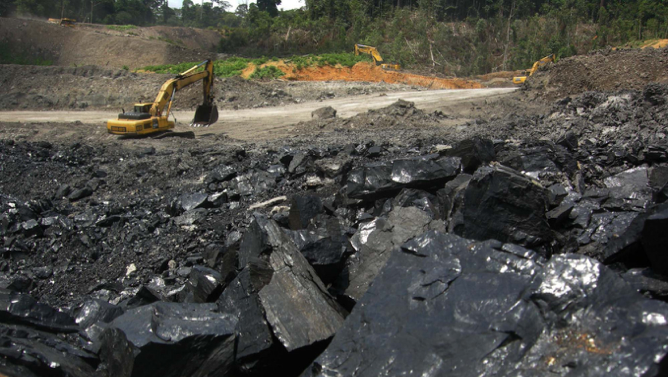 The House of Representatives narrowly escaped public scrutiny last week after it shelved a plan to deliberate a contentious mining law revision amid physical distancing measures to curb the spread of COVID-19, but activists remain unconvinced that lawmakers won’t revive the plan again in the future.

The Office of the House Secretary General issued Friday a letter announcing that a virtual work meeting between House Commission VII overseeing energy and Cabinet ministers in charge of the energy, home affairs, law, industry and finance portfolios, originally scheduled for April 8, would be “postponed until further notice”.

“Yes [the meeting has been postponed]. This comes as a request from the government, in view of its current focus on addressing the COVID-19 pandemic,” Irawan told The Jakarta Post.

Since coming back on March 30 from an extended recess period due to the COVID-19 outbreak, lawmakers have resumed their duties in the same way that most Indonesians have done over the past few weeks – through daily teleconferences in place of the usual physical meetings at the Senayan legislative complex in Jakarta.

Activists have previously slammed House lawmakers for attempting to resume talks on a number of controversial bills, including proposed changes to the 2009 Mining Law, under the protective cover of government-mandated physical distancing measures, which has allowed both politicians and government officials to go about important decision making processes without supervision.

Siti Rakhma Mary Herwati, head of the information management division at the Indonesian Legal Aid Foundation (YLBHI), said that the process of deliberating the proposed revisions had so far not been transparent, whether at the commission level or at the working committee (panja).

“All this time, the deliberation of the mining law revision has been closed to the public; us civil society groups were not involved in discussions, let alone the people most affected,” Rahma said.

Mining Advocacy Network (Jatam) activist Merah Jahansyah urged both the government and the House to focus on controlling the pandemic instead of passing bills that the public still deems controversial. “It’s not that the 2009 Law is without problems, but the question is, will the revision [guarantee] no more problems?” Merah said during an online discussion on Sunday.

The plan to revise the mining law makes clear that the government will prioritize economic growth at the probable expense of its environmental commitments, with activists raising questions on the plan’s impact on natural disaster mitigation and coal consumption.

The Energy and Mineral Resources Ministry plans to loosen several restrictions to boost downstream mining industry growth. Notable relaxations include quadrupling the maximum size of traditional mining zones (WPR) to 100 hectares, erasing minimal concession sizes for mining firms and revoking a 40-year mining limit for mining companies that build smelters. There is also a revision that would allow mining activity in rivers and the sea, which Jatam has criticized as being an oversight in policymaking.

Mining zones rarely take into account the ecological carrying capacity of the local environment, Merah said, citing a case of flooding earlier this year in Samarinda, East Kalimantan, allegedly caused by mining activities at the mouth of the Karang Mumus River, which flows into the city.

“Carrying capacity has never been part of the government’s consideration, especially in the mining law revision,” he said, referring to the maximum population size that a local environment can sustain without destroying it.

According to Article 169 of the mining law revision draft, contracts of work that have yet to be extended can be subject to an extension as a special mining permit (IUPK) for up to 20 years over two periods.

“If this bill is passed into law, then it is done in the interests [of the companies],” Iqbal said, suggesting instead that the House commission should inspect whether these firms have held their end of the bargain.

In addition to the proposed mining law revisions, the House is expected to continue deliberations on the omnibus bill on job creation, which has been widely protested against for being too pro-business.

As it relates to mining, the bill centralizes the issuance of permits to provide certainty for the big firms, while removing environmental protections such as the requirement to get environmental permits, and streamlining the process of obtaining an environmental impact analysis (Amdal).

“This of course will cause chaos and legal uncertainty,” said Publish What You Pay (PWYP) activist Aryanto Nugroho, adding that it was not too late to take the contentious bills off the 2020 National Legislation Program.