Mining Activity In Indonesia Takes A Hit From COVID-19 Pandemic 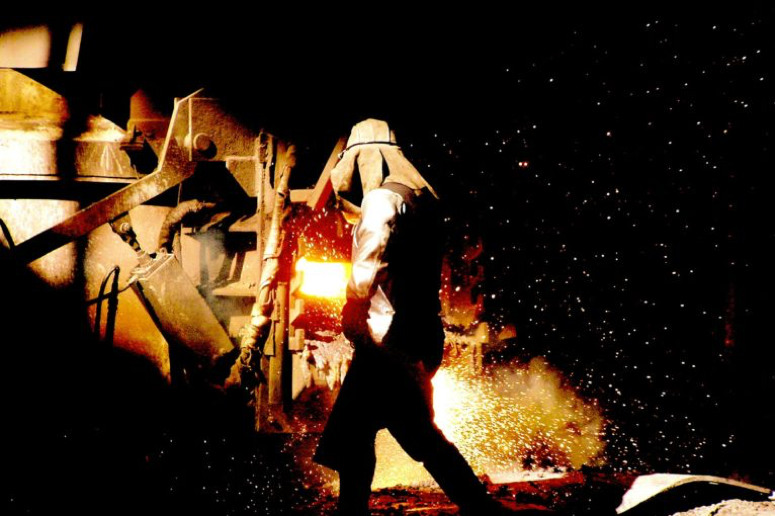 JAKARTA — Mining companies in Indonesia are among those being hit by weakened demand as the COVID-19 pandemic impacts the global economy. But the environmental reprieve as a result of the halt in activity may soon be shattered by an even more voracious demand for coal and other minerals once the worst of the outbreak is over, activists say.

Indonesia is one of the world’s top exporters of coal, and cyclical spikes in global demand for the fossil fuel over the past decade have fostered widespread mining — with the attendant problems of deforestation, degraded landscapes, and contamination of freshwater sources. But with a major slowdown in China, the biggest buyer of their coal, miners in Indonesia have been forced to grind to a halt, according to Dwi Sawung, an energy campaigner with the Indonesian Forum for the Environment (Walhi).

“Coal miners are having a headache because [they don’t know] where to sell [their coal],” he told Mongabay.

And even as economic activity in China slowly starts to resume, the Indonesian economy looks set to take a big hit from the outbreak, which would see domestic demand for coal weaken, Dwi said.

“It’s not like China yet, [but] maybe in the next two or three months,” he said.

Nickel and Tin Down

The market for other minerals has also weakened. Chinese-backed miner PT Virtue Dragon Nickel Industry has had to suspend construction of a smelter in Indonesia’s Southeast Sulawesi province because its Chinese workforce remains barred from entering Indonesia after going back home for the Lunar New Year holiday. Indonesia, like many other countries, banned direct flights to and from China at the outset of the coronavirus spread.

“They’re disrupted because more than 300 to 400 workers from China can’t return [to Indonesia],” Bambang Gatot, the ministry of mines’ director-general for minerals and coal, said as quoted by CNN Indonesia.

The flow of industrial equipment has also been throttled, leading to production disruptions at existing nickel smelters, including one operated by a subsidiary of PT Ifishdeco, also in Southeast Sulawesi. Ifishdeco corporate secretary Christo Pranoto cited the lack of available machine components and other parts from China and the ongoing travel ban.

State-owned tin producer PT Timah says it has had to reduce its output by 30%, with the price of tin falling on the back of a halt in production of electronic goods. Chinese factories, a key market for Indonesian tin, slumped to a record-low level of manufacturing activity as a result of the outbreak response, worse even than during the 2008 global financial crisis.

“Amid the coronavirus situation, a lot of companies stopped their production and this led to a decline in demand and the price [of tin] is kept being corrected,” Timah CEO Riza Pahlevi told local media.

The mining ministry’s Bambang said local industries hadn’t been as badly affected as in China, but that it was just a matter of time until they did.

“I think there’ll be an impact sooner or later,” he said. “For the long term, this [pandemic] could be massive.”

Making Up For Lost Revenue

Among the many impacts of the pandemic has been an improvement of air quality across much of China as manufacturing activity has slowed. The country’s greenhouse gas emissions declined by 25%, according to one analysis from the Centre for Research on Energy and Clean Air. Similar lockdown and stay-at-home policies now being instated by other governments around the world could have a similar effect elsewhere, Walhi’s Dwi said. But any respite in terms of greenhouse gas reductions could be overridden by a surge in economic activity as producers look to make up for lost revenue, he said.

He pointed to the aftermath of the 2008 global financial crisis as precedent. While the slowdown resulted in a 3% reduction in global greenhouse gas emissions, massive fossil fuel consumption in emerging economies like China and India offset the decline over the following years. 2009 marked the first time that developing countries had higher consumption-based emissions than developed countries, and as a result, global emissions went right back to normal over the next few years.

“There’s a fear that after this pandemic, demand will drastically increase,” Dwi said. “Emissions will explode just like after the 2008 financial crisis, when factory production soared to catch up for [the lost] quantity. So demand for energy will explode.”

The lesson to take from the current crisis, he said, is that humans need to develop greater respect for nature. The coronavirus that causes COVID-19 is believed to have come from a wildlife market in Wuhan, the epicenter of the outbreak in China. A number of scientists have warned that the destruction of wilderness areas for industrial and mining expansion is pushing humans and animals closer than ever before, creating the conditions for new viruses and diseases such as COVID-19.

“We invade tropical forests and other wild landscapes, which harbor so many species of animals and plants — and within those creatures, so many unknown viruses,” David Quammen, author of the 2012 book Spillover: Animal Infections and the Next Pandemic, wrote in a recent New York Times op-ed. “We cut the trees; we kill the animals or cage them and send them to markets. We disrupt ecosystems, and we shake viruses loose from their natural hosts. When that happens, they need a new host. Often, we are it.”

Dwi said climate change driven by human activity could also exacerbate the risk of new zoonotic diseases, with many wildlife species migrating into human areas as their natural habitats become too hostile.

A tally of more than 4,000 species from around the world shows that roughly half are on the move and that diseases are breaking out in new places. This includes mosquito-borne malaria, which now appears higher up mountain slopes in Colombia and Ethiopia as rising temperatures make these once inhospitable elevations more suitable for mosquitoes.