Indonesian Tin Production to see 11% Decline in 2020 Due to Low Demand: ITA 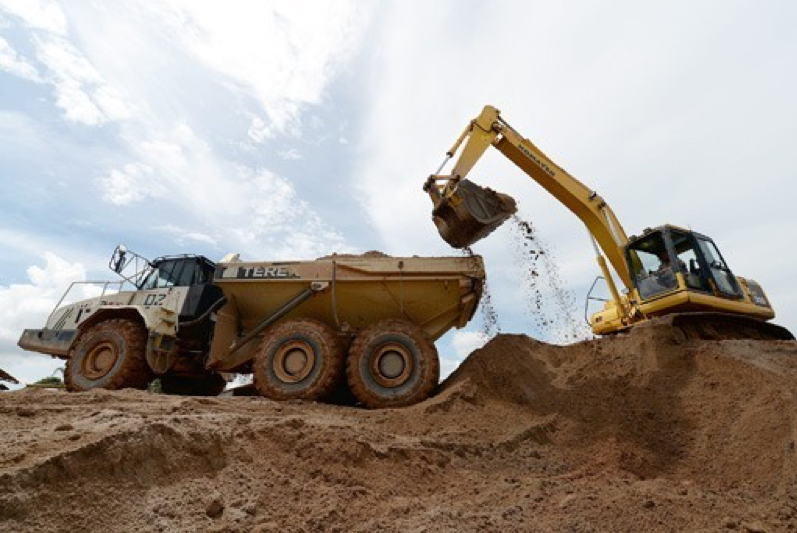 Indonesia, the world’s second-largest tin producer, is expected to see a double-digit decline in refined tin production this year, amid a slump in global demand, according to the International Tin Association (ITA).

The ITA expected refined tin production to reach 69,000 tons this year, down 11.5 percent from 78,000 tons last year. The lower production is mainly driven by production cuts from state-owned PT Timah, the world’s top tin producer, according to ITA market analyst James Willoughby in an email interview with The Jakarta Post.

Timah’s output sank 26.2 percent year-on-year (yoy) to 27,833 tons in the Jan-June period this year, the company stated in a press statement published on the Indonesia Stock Exchange (IDX) website on July 30.

The company also announced the plan to cut its monthly output by between 20 and 30 percent in March, in response to weak global demand for tin, a metal mostly used for soldering, as production and consumption of everyday electronics slowed as a result of the COVID-19 pandemic. “We’re expecting solder to be particularly hard-hit by the coronavirus,” said Willoughby via email on Aug 13.

An uptick in demand for tinned goods earlier this year, triggered by panic buying of groceries, was insufficient to replace the lower soldering demand. Indonesia’s refined tin exports had also fallen around 4 percent so far this year, down from 67,500 tons last year, said Willoughby, adding that the outlook remained weak.

“Geographically, we’ve been seeing more Indonesian tin going to China this year. That’s partly due to generally higher prices in China this year, and also due to greater demand in China than the rest of the world,” said Willoughby.

Global tin prices dropped to a four-year low of US$13,385 per tonne on March 24, but have since rebounded to $17,580 per tonne as of Aug. 21, based on the international benchmark London Metal Exchange (LME) prices. The ITA expects tin prices to average $17,000 per tonne this year but this figure remains lower than the average $18,608 per tonne last year.

“In Indonesia, unfortunately, 95 percent of tin produced is exported, so when tin prices drop drastically, that 95 percent export revenue will be eroded,” said Institute for Development of Economics and Finance (Indef) researcher Abra Talattov on Aug. 21.

Timah, the country’s largest tin miner, exports most of its production to Singapore, South Korea, China, the United States and India, which made up 73 percent of its total exports in the first half of the year. “Most of these countries had an economic contraction in the first half,” said Abra. “Only China had positive growth, but at a slower rate.” Singapore’s gross domestic product (GDP) fell a record 13.2 percent year-on-year (yoy) in the second quarter, while the economy also fell 42.9 percent from the previous three months on an annualized and seasonally adjusted basis.

Timah booked a Rp 390 billion ($26.4 million) net loss in the Jan-June period this year, a stark contrast to the Rp 205.3 billion net profit it booked in the same period last year. The company had cut costs by 13.5 percent yoy to Rp 7.73 trillion but it was not enough to cover slumping revenue, which fell by a steeper 18.5 percent to Rp 7.98 trillion, amid weak tin demand and prices.

Timah had 327,520 tons worth of proven tin reserves last year and 1.04 million tons of potential reserves, also called resources. “Those reserves can last for four to six years of production. Exploration is needed to convert more resources into reserves and extend the company’s operational lifespan,” he said.