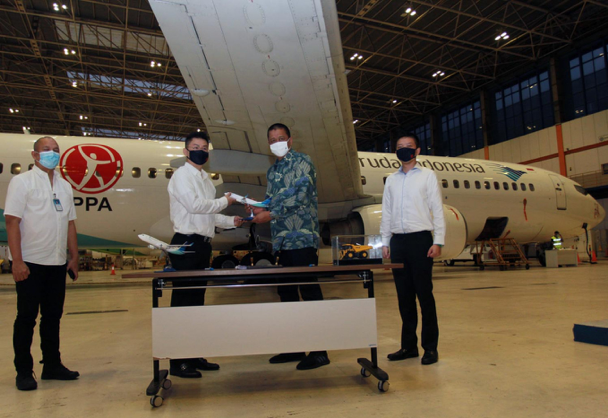 Charter flights could also become a primary option for the oil, gas and mining industry to transport their workforce with great flexibility,” he said in a press release. The airline is using a Boeing 737-800 and a Bombardier CRJ-100 to transport PPA employees, flying to Surabaya in East Java, Banjarmasin in South Kalimantan, Semarang in Central Java and Yogyakarta.

Other chartered airplanes will also fly to the city of Balikpapan and Samarinda in East Kalimantan. PPA president director Christianto Setyo said during the signing ceremony that the company decided to charter flights from Garuda to ensure the health and safety of its employees during the pandemic.

“We want to make sure that each of our employees can move from and to our sites safely by using air transportation." Garuda turned in a loss of US$712.73 million in the first half of this year after booking a net profit of $24.11 million in the same period last year, as the number of passengers dropped by more than 90 percent.

The airline’s total revenue in the first six months of 2020 nosedived by 58.2 percent year on year (yoy) to $917.28 million, according to a financial report submitted to the Indonesian Stock Exchange (IDX). Despite the bleak first-half financial results, revenue from chartered flights soared by almost 400 percent yoy to $21.55 million during the period.