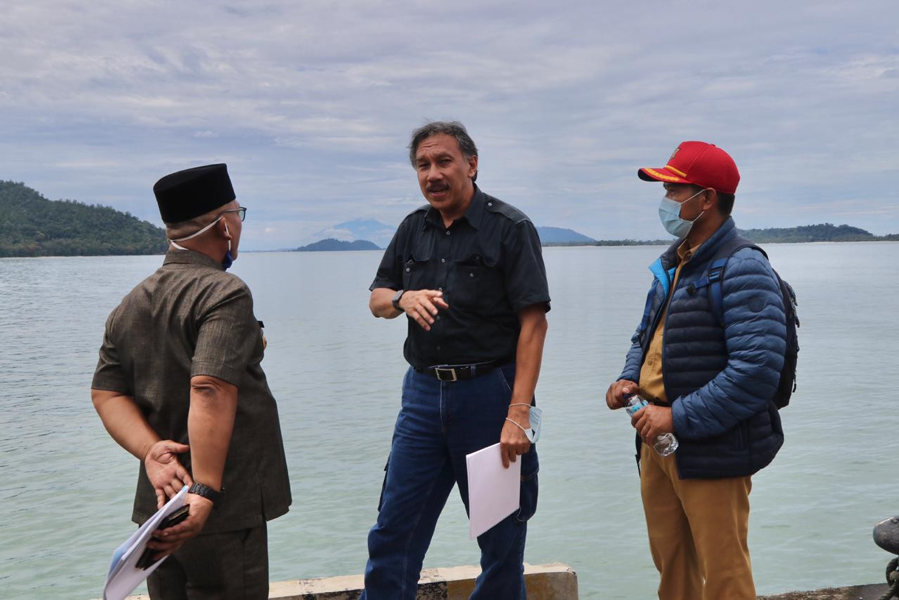 The Energy and Mineral Resources Ministry has appointed Ridwan Djamaluddin as the ministry’s number one man in regulating Indonesia’s mining industry.
Energy minister Arifin Tasrif inaugurated the geologist-by-training on Monday as the ministry’s new mining director general, an echelon one-level bureaucrat, which is a rank just below a minister.

Arifin tasked Ridwan with implementing the recently released Coal and Mineral Mining Law that seeks to upheave Indonesia’s mining industry. The tasks include developing the downstream mining sector, raising state income, training mining inspectors and cutting bureaucratic red tape.
“And, in the near future, to immediately prepare the executive regulations for Mining Law No. 3/2020,” said Arifin during a live broadcast of the inauguration ceremony, which was held at the ministry's headquarters in Jakarta.

The government needs to issue at least 18 government regulations (PP) to implement the Mining Law.
Minister Arifin appointed two other echelon one officials on Monday but Ridwan’s appointment was the most prominent, owing to his office’s central role in shaping the domestic mining industry, which is a key pillar of Indonesia’s international trade.

Ridwan told reporters after the inauguration ceremony that his office would focus this year on helping the government tackle COVID-19 and the economic recovery before fully executing the new Mining Law. He will also use the time to learn about his new job.
“Let’s be safe first for this year. Indonesia can still survive under existing conditions,” he said.

Ridwan was formerly the deputy head of transportation and infrastructure at the Office of the Coordinating Maritime Affairs and Investment Minister, which oversees the energy ministry. He replaces Bambang Gatot Ariyono, who has retired after five-years of service.

“These [industry] issues are not easy, but neither are they difficult if we work together,” said Bambang in his farewell speech, also on Monday.
Two mining associations publicly congratulated Ridwan on his appointment last week, although it was not officially confirmed by the energy ministry until Monday.
The associations are the Indonesian Nickel Mining Association (APNI) and the Indonesian Mining Experts Association (Perhapi), which partook in drafting the Mining Law.

APNI – the most vocal opposition to Indonesia’s ongoing nickel ore export ban – was quick to lobby the new director general. The association issued a statement on Monday asking Ridwan to, first are foremost, enforce a price floor for domestically sold nickel ore.
“May you carry out your responsibilities and the hopes of all Indonesian miners,” wrote APNI in a statement on Monday.
Source: Norman Harsono / The Jakarta Post
11 August 2020