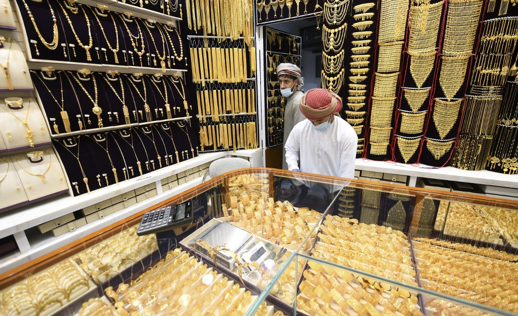 The recent surge in gold prices could be a boon for Indonesia, despite the economic risks that loom behind the spike in demand for the safe haven commodity. The price of bullion touched its highest level ever on Tuesday, July 28th, with investors rushing to park their money in safe-haven assets, as concerns grow about a second wave of the coronavirus pandemic and its impact on the global economy.

Gold futures have soared nearly 30 percent this year to US$1,941 per ounce, beating the previous record of $1,921 in 2011, with the bullish rally kicking off earlier this month, Reuters data show. Several analysts project the price of bullion to top $2,100 this year because of the continued uncertainty around the pandemic.

Gold is a popular safe-haven asset for investors who want to hedge their funds against falling currencies and instability in financial markets, said Bank Central Asia (BCA) economist David Sumual, adding that its price usually increased when economic uncertainty was on the rise.

“Uncertainty around a second wave of the outbreak has seen gold prices go through the roof and this will benefit Indonesia,” David told The Jakarta Post during a phone interview on Tuesday. “As gold exporters, Indonesian gold miners will benefit significantly from the higher demand and price.”

The COVID-19 pandemic has devastated the global economy this year, with the International Monetary Fund (IMF) expecting a 4.9 percent contraction in the world economy before rebounding to 5.4 percent growth next year. IMF projects Indonesia’s economy to shrink 0.3 percent this year.

According to official records, the virus has infected more than 16 million individuals across the globe, including more than 100,000 in Indonesia. Several countries, including China and Hong Kong, have decided to tighten health protocols amid rising case numbers after reopening their economies.

“The positive sentiment for gold is driven by the public’s demand for safe-haven assets during the COVID-19 pandemic,” state-owned metal miner PT Aneka Tambang (Antam) senior vice president corporate secretary Kunto Hendraprawoko told the Post. “We will continue to make innovations to meet rising market demand,” he added, explaining that the company had seen a “significant surge” in online sales of the precious metal in the second quarter as the economy tumbled.
The price of gold sold by Antam jumped 2.5 percent to Rp 1.02 million ($70.1) per gram on Tuesday from a day earlier. The stocks of the company, traded on the Indonesia Stock Exchange (IDX) under the code ANTM, have also risen more than 19 percent in the past month on the back of the gold price rally.

However, the company’s stock price slipped 0.69 percent to Rp 720 apiece on Tuesday session, with the price dropping 14.3 percent so far this year. The stocks of mining company PT Merdeka Copper Gold, traded under the code MDKA, have also jumped 32.6 percent in the past month.

The main driver behind the soaring gold price has been escalating fears over the global economic downturn caused by the COVID‐19 pandemic and the massive stimulus measures introduced by central banks around the globe to lessen the impacts, according to a research note by Revinitiv Metals Research.

“The overall macroeconomic backdrop remains very supportive for gold,” it said. “We believe that gold will continue its uptrend, driven by growing concerns over the global economic recession, fears of a second wave of COVID‐19, heightened geopolitical tensions, and rising inflationary expectation amidst stimulus measures launched by central banks.”

Although the soaring gold price could be an indicator of economic uncertainty, financial markets in Indonesia and abroad have generally been performing well since the slump in March, according to Mirae Asset Sekuritas Indonesia economist Anthony Kevin.

“This is a rare event when people are relatively bullish on the stock market while at the same time they are also being defensive by investing in gold,” Anthony told the Post, adding that the US Federal Reserve’s stimulus and the good performance of technology shares in the US had spillover effects on emerging stock markets, including in Indonesia.

The Jakarta Composite Index (JCI), the main gauge of the IDX, has gained around 11 percent in the last three months after losing around 38 percent of its value in March. “Investors may have become worried that the appreciation in stock prices will not be justified in second quarter earnings, prompting them to buy gold as a hedge against market volatility,” Anthony said.

“We expect for now this will be a positive sign for gold miners in the short and medium term,” he said, adding that gold prices might rally further in the next three to four months amid rising virus cases and could top $2,100 per ounce.