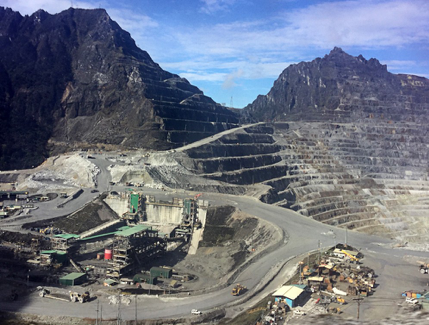 More than 1,000 Indonesian workers blocked access to the world's biggest gold mine on Monday in protest at a company move to shut down visits to their families over virus concerns. The miners demonstrated at the main entrance to the Grasberg complex -- also a major copper mine -- in Indonesia's easternmost Papua region, as the workers and US-based operator Freeport held talks.

The protest, which started early Monday morning, came in response to a company decision to cancel bus services to the city of Timika in response to fears about the spread of coronavirus infections.

"They're staging a peaceful protest and so far everything is under control. Nobody is acting violently," Tembagapura police chief Eduard Edison told AFP Workers and management "haven't yet agreed on things and they are still negotiating", he added.

Freeport spokesman Riza Pratama said the company was "studying" the workers' demands. "We'll give them an answer as soon as possible, taking into account health and safety protocols," he added. In May, Freeport said it was reducing its staff at the mine, which employed about 25,000 people, after virus infections rose in the area.