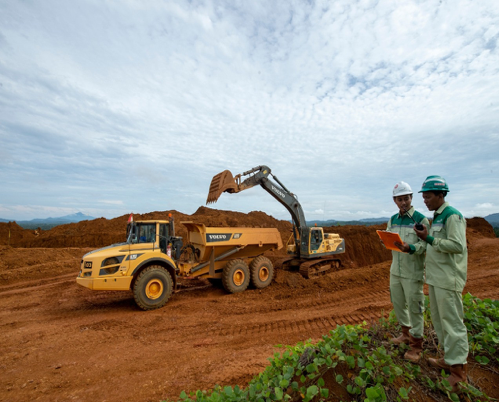 Mining players are optimistic the central government’s take over of environmental licensing and management authorities in the natural resources sector from regional and local administrations will lead to a reduction in bureaucratic red tape and weed out companies with bad records by tightening the selection process.

The government has drafted a plan to streamline licensing procedures through the omnibus bill on job creation that would strip local administrations of their power to manage natural resources and the environment, allowing only the central government to have authority over spatial planning and land, forest and coastal area management.

The voluminous bill, which consists of 1,028 pages, will cut layers of licensing processes, including the requirement for businesses to obtain an environmental impact analysis (Amdal) document, which are currently issued by local administrations. If the bill is passed into law, the process will be handled by the central government.

Businesses will still be obliged to prevent environmental damages, but they will have to report to the central government, which will perform all oversight duties.

Indonesian Coal Mining Association (APBI) executive director Hendra Sinadia said the move would lead to coal businesses facing a tougher selection process to be allowed to operate in the country, believing that the government would not let companies that have questionable environmental records to operate.

Hendra said under the current arrangement, local governments had frequently handed mining permits to businesses with questionable reputations and that had submitted incomplete environmental assessment documents.

Such leniency, Hendra said, had given coal miners leeway to excessively extract coal reserves and neglect environmental damages to maximize profits. At times, local administrations have also failed to detect cases of bad practices in the mining sector due to their poor monitoring systems.

From 2015 until 2018, the Energy and Mineral Resources Ministry succeeded in persuading governors to revoke 4,678 coal mining permits (IUP) for companies that failed to obtain Clean and Clear (CnC) status, a certificate handed out by the central government to miners that have complied with prevailing mining laws and regulations.

“Having said that, we welcome the government’s move to centralize issuance of all permits, including environmental licenses, because we have seen that regional administrations seem to have been hobbled in their monitoring of mining practices in their regions,” Hendra told The Jakarta Post over the weekend.

Hendra, however, said that centralization of license issuance was only the first step to protecting the environment from unscrupulous miners.

“Centralizing environmental licensing and monitoring will not by itself lead to all coal miners complying with proper environmental procedures. The government needs to better coordinate with local administrations to ensure all environmental practices are being properly conducted,” he added.

The Corruption Eradication Commission’s (KPK) National Movement to Save Natural Resources (GNP-SDA) report found it was possible that corrupt practices had taken place during issuance processes for Amdal and other environmental permits. In 2018, it was reported that at least 40,000 environmental studies may have been tainted by bribery.

For example, Djoko said, 2019 data from the mining ministry showed that 67 percent of around 4,500 registered mining companies had failed to deposit post-mining funds in the government’s escrow account, even though the deposit was mandatory under the Mining Law. The funds are used to restore environmental damages caused by mining.

“Looking at that case, I think the centralization of environmental licensing will be effective in narrowing the chances of recalcitrant mining companies to operate in the country,” Djoko said.