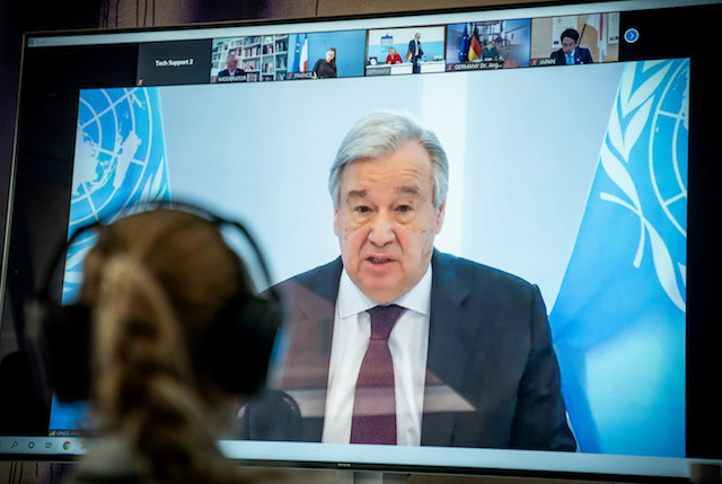 United Nations Secretary-General Antonio Guterres on Monday urged development banks to stop backing fossil fuel projects, after a report found the World Bank had invested US$12 billion in the sector since the 2015 Paris Agreement to combat climate change.

Environmental campaigners have for years tried to prevent the oil, coal and natural gas industry from producing dangerous levels of the greenhouse gases that cause climate change by persuading commercial banks to stop lending them money.

But the world’s state-backed development banks, whose support is often crucial in determining whether projects in developing countries go ahead, are also facing growing calls to starve the industry of finance.

“We need speed, scale, and decisive leadership,” Guterres said in a video message to a virtual meeting of the group.

Earlier on Monday, a report by Berlin-based environmental group Urgewald said that the World Bank had invested more than $12 billion in fossil fuels since the Paris accord, $10.5 billion of which was direct finance for new projects.

That put the World Bank far ahead of other development banks in supporting the sector, said Heike Mainhardt, a senior adviser to Urgewald, who wrote the report.

With the world already on track to produce far more fossil fuels than would be compatible with temperature goals agreed in Paris, the report questioned why the World Bank would back increased oil and natural gas production in countries such as Mexico, Brazil and Mozambique.

The World Bank said the report gave a “distorted and unsubstantiated view,” adding that it had committed nearly $9.4 billion to finance renewable energy and energy efficiency in developing countries from 2015-19.

The bank also said the report ignored its mandate to help around 789 million people living without electricity, mostly in rural Africa and Asia.

“It’s so misleading for them to act like they are a champion of the climate when they really are such a huge part of the problem,” Mainhardt told Reuters. “Because the World Bank keeps giving billions in public assistance, that distorts the market for fossil fuels, it slows down the energy transition.”