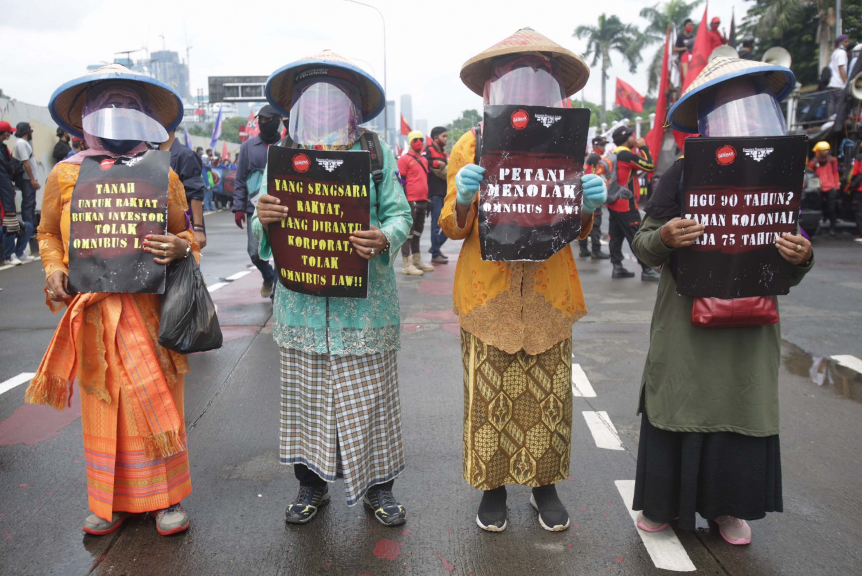 Global investors managing US$4.1 trillion in assets have written to Indonesia’s government to express concerns that a flagship “Job Creation” bill that is due to come before parliament on Monday will have damaging consequences for the environment.

Among 35 investors to sign the letter, a copy of which was seen by Reuters, were Aviva Investors, Legal & General Investment Management, the Church of England Pensions Board and Netherlands-based asset manager Robeco.

“While we recognize the necessity for reform of business law in Indonesia we have concerns about the negative impact of certain environmental protection measures affected by the Omnibus Bill on Job Creation,” Peter van der Werf, senior engagement specialist at Robeco, said in a statement.

The omnibus bill aims to streamline the issuance of mining permits by centralizing the process with the government. At the moment, regional leaders have the power to issue mining permits and create regional mining regulations, many of which contradict national-level regulations, The Jakarta Post reported.

Environmental watchdogs slammed the incentives, arguing that they would prolong environmental destruction.