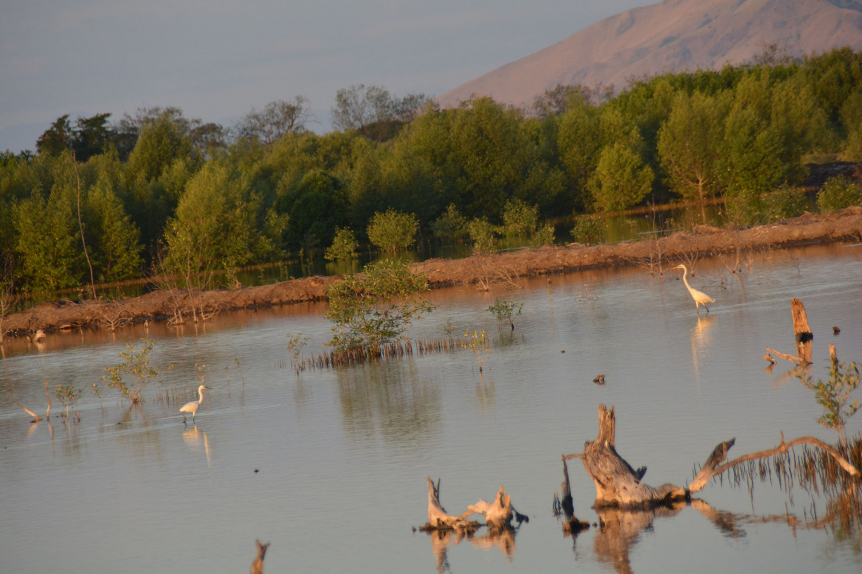 State electricity company PLN’s subsidiary, PT Pembangkitan Jawa Bali (PJB), aims to complete biomass mixing tests on its 15 coal-fired power plants by the end of this year as the company vows to reduce its greenhouse gas footprint, an executive says.

Head of PJB's electricity technology development division, Ardi Nugroho, said on Thursday that the company had conducted the bio-energy mixing study on 11 power plants and was planning to run tests on four other power plants this year.

“Consumers want to have reliable, cheap and eco-friendly electricity from PLN. We’re trying to develop the biomass’ potential based on the people’s economy through utilizing wood products waste such as sawdust and woodchips,” he said during a press conference.

Co-firing wooden pallets and sawdust with coal in powerplants, also known as biomass mixing, has been proven to lower the amount of greenhouse gas emissions such as carbon dioxide (CO2), nitrogen oxide (NOx) and sulfur dioxide (SO2) according to PJB’s study.

“We have been implementing the co-firing technique at Paiton I and II power plant since June and have been able to produce 4,000 megawatts [MW] of clean energy and consumed 3,800 tons of sawdust,” Ardi said.

The Environment and Forestry Ministry set the limit of SO2 and NOx emissions at 550 mg/Nm3.

He further said that biomass-mixing could significantly reduce Indonesia’s coal power plant emissions at a low cost, as no modification was needed for the power plant to fire the mixed fuel.

“There is no need for a significant change to PJB and PLN’s equipment, and that’s the upside of the co-firing technique. With a relatively small investment, we could make our coal power plant more eco-friendly,” he said.

Despite having smaller energy condensate, Ardi said using biomass as a fuel mix would not affect the overall fuel cost for power plants, as the price of sawdust and woodchips was much lower than coal.

“The price of coal hovers around Rp 700,000 (US$47) per ton, while the price of sawdust is half that of coal. Therefore, PJB could still gain a margin and not burden PLN,” he said.

Coal plants contribute 50 percent of the total 69,600 MW of installed power generation capacity in Indonesia, a country with the world’s sixth-largest coal reserves, according to Energy Ministry data and BP’s statistical review.