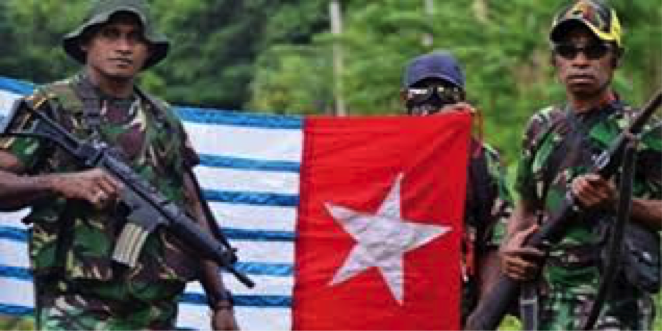 A car belonging to mining company PT Freeport Indonesia employee Moren Francis Ras was shot up by an unidentified shooter at his house in the Hidden Valley housing complex at Mile 66 in Tembagapura, Mimika, in Papua on Friday morning, April 27th, police have reported. “The shooting damaged the car, but there were no injuries,” Mimika Police chief Adj. Sr. Comr. Agung Marlianto Basuki told The Jakarta Post.

Ras, a South African, was walking from his house to the car when the shooting occurred, Ras immediately dropped down behind the car.

A statement from the TPN made available to the Post on Friday claimed that their group had been infiltrated by “an intelligence officer”, who carried a weapon. The TPN confiscated the weapon, reportedly made in the United States, in Tembagapura, the release said. The TPN suspected “foreign involvement” in the campaign against them, the release said.