Samindo Resources Allocates US $100 Million to Purchase a Coal Mine 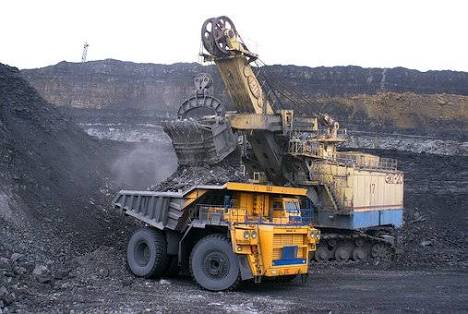 PT Samindo Resources Tbk (MYOH) is still interested to buy coal mine as an effort to diversify business in the electricity sector. For the purchase of this land, MYOH allocates approximately US$ 100 million.

Samindo Resources' Investor Relations, Ahmad Zaki said, until now there was no land that matched the company's criteria. Especially after coal prices rose, coal mine price also increased. "Those who want to sell are not as much as before, because now they are re-producing," he said, Tuesday (2/10).

MYOH previously targets to get mines with reserves of 20 million tons of coal and a production capacity of 2 million per year.

Zaki said his company is eyeing a coal mine that produces calorie coal around 4,300 kcal / kg to 4,500kcal / kg. "We want mines that have been in production, so we don't spend too much," he added.

Therefore, MYOH is not so aggressive in pursuing the purchase of this coal mine. "We are not as aggressive as before, but that does not mean we cancel this plan. Currently we accept the proposal, do due diligence, and if the prospect is good and in accordance with the criteria we can do this plan," he said.

In this coal mining acquisition plan, MYOH prepared funds of up to US$ 100 million. While until the end of the year, MYOH targets to be able to achieve revenues of US$ 255 million with a net profit of US$ 17 million.